Are you struggling to engage stakeholders with what really matters to customers? 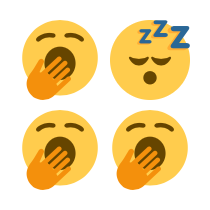 If you present insights that result in a mere shrug or "We know that already" then perhaps you're answering the wrong question. You may be too focused on what and not paying enough attention to SO what or why it matters.

If people say they know it already, then maybe what's missing is why it matters so much. So instead of focusing on what the problem is, focus on why it matters to be users and the business and you're likely to garner a more productive reaction.

But first let's try to work out what's going on. There's a possibility that the team are desensitised to the people they're supposed to be serving.

Ever been to a new place and you're hit by the whole new world in front of you; new language, new scenes, new colours, new noises, new food, new smells even? On the other end of the scale, how do you perceive tourists in your local city? Find it annoying perhaps as they hold up pedestrians while they pause, look around or take photos? That's the difference between being energised by the new or de-sensitised by the norm.

When you get used to something (or somewhere) you are what some describe as desensitised. We've been over-exposed and any reaction may be unnecessary or even irrelevant.

Sometimes we want to desensitise others so we can actively use over-exposure as a technique. Take phobias for example. Desensitisation techniques may be very effective to helping someone take more control over their lives:

But if you repeat exposure (in a controlled way) to spiders, in other words over expose them, it may help them realise their fear is irrational and has no tangible negative impact on your well-being. Their fear or anxiety becomes more and more irrelevant overtime until the person eventually stops reacting. We can use the same technique when we want others to get used to experimenting and potentially failing - so learn and fail fast! - we can look at that in more on that in a separate blog.

Back to desensitisation. The same happens with stories or new information. If people hear something over and over, it stops being a surprise. Furthermore if their response to something is repeated invalidated i.e. does not result in any change, this can be very desensitising. People simply stop responding because 'there's no point'.

These statements are loaded with resignation and you need to figure out why. Check for people's perception of how relevant previous responses were listen out for red flags like these:

In my experience when people say things like they're usually jaded driven by a cycle of over-exposure and an emotional or emphatic response being largely ignored. When you get this combination, apathy eventually replaces empathy and very often people stop engaging at an emotional level.

So how do we shift from desensitised to sensitised? We're aiming for:

We need both these elements, not either or. People need to engage and also see that their response can make a difference.

Raise awareness about why something matters (and why they should care)

If you want to re-sensitise people then telling them WHAT isn't enough. You need to shift the emphasis to so what? so all relevant parties can see the link between the problem and the impact on the things that matter to them.

A good example may be helping teams see the connection between a user problem (the what) and barriers to usage or churn (the impact) and how this in turn impacts the top line.

This may not be exactly building empathy for users - very critical for responding in a meaningful way - but it's a start. It's a way of getting stakeholders attuned to the impact of their attitude and behaviours on customers. If they care about the consequences of their behaviours, they may be more open to changing their ways.

Emotional responses need to be acknowledged and where possible followed by meaningful decisive action or there is a risk that it's simply repeated exposure without change, which is why people get desensitised in the in the first place.

A good starting point is to review priorities in the discovery (learning) or delivery roadmaps. Do you want to conduct further research to validate or quantify the problem? Do you want to ideate solutions and then test directly on users? If so, then more discovery work is required.

A discovery pipeline is a list of potential opportunities you want to learn more about, usually been identified through research. Because they are not yet validated as solutions, they are called bets.

A delivery pipeline is a list of product or service features that are scheduled for market delivery. They have usually been validated as a strong solution-fit by users.

Some issues will need to be disregarded during discovery, because they don't adequately meet user needs. That's okay, but it's advisable that the decision-criteria is clearly agreed across the group. The important thing at this point is to get a shared consensus of what is important and you commit to take some the steps to learn more and alleviate the problem.

Regardless of what you decide - if the team realise something matters then the issues should not disappear into a blackhole.

Show the difference responses are making, however small. We talk a lot about how we need to do this with clients and when we're well co-ordinated we close the loop to demonstrate that we are listening and responding. The same is needed for internal teams. If we want to re-sensitise people then they need to know their response was heard and ideally made a difference.

So make discovery and delivery pipelines transparent and easy to understand. Team members should be clear on what they're focused on and why. Don't shy away from bringing people's attention to progress being made, however incremental. (This is why we have short sprints supported by retrospectives). As you progress with learning during discovery decision points should be clear and if something falls out of the pipeline, then the reasons why should also be clear. Learning is progress so the lessons shouldn't be lost.

Experience design work is involved work. It's emotional work. We need people to be sensitive to what matters so they can respond in a meaningful way. Find ways to garner meaningful responses and then make those responses matter!