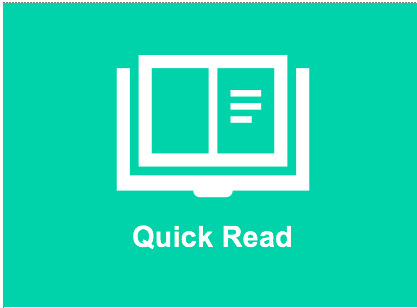 I want to know what you don't know (rather than rely on what you think you know!)

A staggering 95% of human experiences are unconscious. According to www.simplifyinginterfaces.com, just one of the sources that quoted this, numerous cognitive neuroscientists have conducted studies that have revealed that only 5% of our cognitive activities are conscious. That means a mere 5% of what you do or experience are conscious or inside of your awareness.

No surprise then that it's incredibly difficult to describe everyday activities or experiences. That does not necessarily cause people problems. For the large part this can help us lead productive lives; washing our teeth, boiling the kettle, making a slice of toast does not require any cognitive overload. Sometime automatic pilot works in our favour.

But that also gives the likes of User Experience Researchers or Designers a real conundrum. How can we develop an understanding of the people we're trying to influence or improve experiences for if they can't clearly state what they do now or desire for the future?

Let's take a look at some of the challenges.

We're bad at explaining what we do.


Ask someone how they bake their favourite cake or drive a car and even if they've done the activity a 1000 times, it's likely that they'll have 'to think' about how to explain what they don't normally think about. The description will not come easily. This is because as habits forms (nearly 50% of our behaviour is unconscious habit) we very often stop thinking about our activities step-by-step and instead embody the activity as a whole, or go on automatic pilot.

In Donald Norman's famous book "The Psychology of Everyday Things", he describes a person's declarative knowledge as their ability to speak through and explain their precise behaviours and then explains how most of us have faulty knowledge and memory for everyday activities. This is because we rely on visual cues or our own muscle memory. When asked to describe something, we're not very reliable. We make assumptions and generalisations, we adopt cultural norms and over time we fall into a pattern of thinking and doing - our unique way of seeing the world, which we tend to be bad at challenging.

We're even worse at describing what we want.


Ford famously said, "if I'd asked people what they wanted they'd have said faster horses." Steve Jobs said "People don't know what they want until you show them." This is important to remember if you're trying to design new experiences for others. As counter-intuitive as this seems, you shouldn't rely on what users tell you.

Some readers, particularly UX-ers, will be familiar with the example of trying to design faster lifts for New York skyscrapers.

When the first skyscrapers were built in New York in the late 1800s people were asked about their views about the buildings. Many said that while they liked the buildings the journey to the top took "too much time" and that they wouldn't go to the upper floors because the lifts were too slow. Initially teams of architects and engineers focused on developing faster lifts. They focused on the literal requests of target users - I want faster, without understanding the unconscious problems and needs at the root of the discomfort or pain.

Developing a lift that was fast enough was proving time-consuming and expensive which caused concern about the viability of tall buildings. Time is not a fixed reality, it's a subjective reality. We all experience time differently; an hour is a lot longer to a child than it is to an adult, waiting in line for a bus is likely to feel longer in the rain. Developers eventually shifted their focus from designing a lift to reduce actual time and to alter the experience of time, thus creating a new subjective reality. A visual dial was placed in the lifts illustrating what floor the passengers were at each stage of the journey. This reduced ambiguity and the subsequent anxiety of not know where you are. And the result? Less discomfort, less complaints, more people using lifts.

This illustrates some of the challenges we have in experience research and design. Because people's declarative knowledge is so limited and is dependent on our conscious awareness, they tend to talk about themes that are easier to remember and describe. If you view time literally we seek to increase or reduce the minutes or hours of an experience. But the experience of time is influenced by many factors and is highly subjective. It's this subjective experience that is much harder to recall and subsequently describe.

So how do we uncover rich experiences during an interview?


To develop effective insights we need to go beyond the surface level, beyond what someone is consciously aware of and what they are capable of articulating. Conscious awareness is our starting point, but our investigations don't stop there. To get a deeper understanding we must tap into someone's subconscious and we do that by steering their attention to it to help them make a deliberate attempt to recall what they don't automatically remember. Not all of our subconscious is open to introspection, but with a blend of effective probing and good rapport we can help people recall and subsequently share their actions, thoughts and feelings.

Taking the experience of using a lift in a new skyrise; how might probing unlock the pain users are trying to alleviate more effectively.

Closed or leading questions such as do you like taking the lift? won't get you far. Yes or no answers are not enlightening in this context. The Interviewer needs to take a much more contextual inquiring approach. You need to ask the type of questions that help the respondent remember rich experiences which include what they see, hear, smell and taste as well as their emotional responses to what happens for them if you want to capture a rich picture.

Open, probing and linking questions are more likely to encourage a richer descriptions and content from which to draw insights. If you focus on the right aspect of a person's experience it can be even richer.

Sometimes interviewers make the mistake of staying with more rational or logical themes or want to jump to a solution too quickly. They may follow-up by focusing on the rational aspect of time and ask; "So how long do you think it should it take to travel to the top floor?" This question is not necessarily wrong, but what if you shift the emphasis to something like this; "Describe what it feels like to be in the lift", "What are you thinking / What's going through your mind while you're in the lift? / What sensations are you feeling in your stomach?" Now you're opening up a very different aspect of the experience; you are starting to uncover thoughts and feelings which you can explore even further.

When people begin to describe feelings they may share words like impatient, uncomfortable or even anxious. You can get a sense of what's really having a strong impact on the person. As Donald Norman's book - "Much of human behaviour is done subconsciously, without conscious awareness and not available for inspection. But there are hints of it in tone of voice, body language, stutterings and utterances." You need to stay vigilant to involuntary responses like pausing, shift in tone or facial expression and even ask participants to try to verbalise what this means for them so you can get an idea of their inner world.

This gives you ingredients to explore even further, including associations with other scenarios where they experienced similar feelings, even if the context is very different, and uncover what helped them alleviate similar discomfort or pain in different circumstances. You're not looking for solutions at this point; you're simply trying to tap into people's memories of similar feelings and how they alleviated their discomfort in similar situations. This helps to focus on the root cause of the pain; in this instance, removing anxiety caused by not knowing where you are or how long the event is going to take, rather than the actual length of time it takes. These are subtle but important differences and have a big influence on the types of solutions you explore.

When you think of your enquiry in terms of uncovering thoughts and feelings, expectations met or missed, it'll help drive your inquiry in different directions and unlock richer human experiences for more creative and focused solutionising.

Formulate hypotheses and test your thinking directly on…

BT and what they put their customers through…

Focus on executing rather than planning so you…

Is your power getting in the way of…

5 steps to creating insights for action

I want to know what you don't know…

Language for change - what to say to…

Users vs Systems – what do you really…